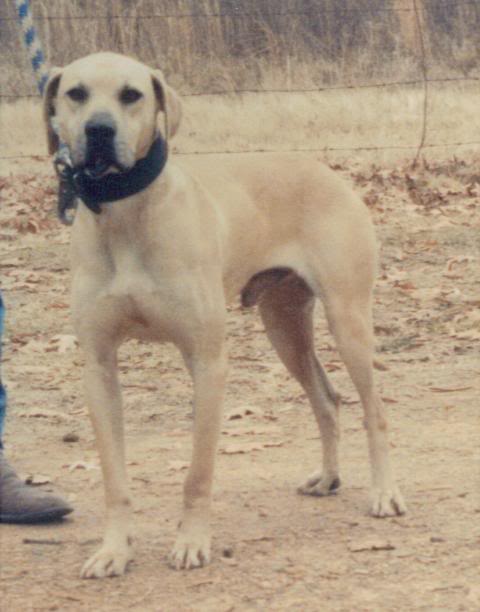 Wrights Curs began breeding for the public after years of only breeding dogs for their own use. Their dogs made a living mainly working rank, bad cattle for the public. They always had a policy of going anywhere 24 hours a day and guaranteed No Catch No Pay, extremely hard hog and tree hunters, and trapping.

They were ahead of their time in breeding genetics and still are today, always breeding the best to the best and Demanding Results. With the top breeding program in the nation, and always working to improve. Improvement came in the form of Weatherfords Ben. Ben had produced 4 litters by 2 different unrelated females, Wrights Curs brought him in and bred several unrelated females, outstanding results. After proving these pups they produced the first line bred Ben pups ever with phenomenal results, every litter of line bred Ben pups (Ben over Daughters, granddaughters, etc) were produced after he became lead stud dog for Wrights Curs, every female had selected, and more turned away then were bred to Ben.

The first breeder to implement the Genetic Inheritance Statistics system in dog breeding, breeding hard to seal up the most outstanding gene pools and produce results. Today Wrights Curs continues to breed the most outstanding to the most outstanding demanding results. The Genetic Breeding Program still concentrates the most outstanding gene pools, adding outcross blood for outstanding Hybrid Vigor to be added back into the line breeding program. In 2007, ten years after Bens death, Wrights Curs produced a litter of pups that carried 56.054685% line bred Weatherfords Ben, going back to Ben 20 times. Completely unheard of in the dog world, every pup has been exceptional inability, conformation, outstanding in everyway. The highest percentages and most number of times one dog has been line bred into one litter without a cull, A true Legendary Breeding Program designed around a true Legend. Today over ten years after his death Weatherfords Ben is still the Nations All Time #1 Producing Stud Dog, and the most sought after genetics in the world, and Wrights Curs is still the Premier breeder of his genetics, and the Nations #1 All Time Leading Producer, and the All Time Versatility Producer.

Weatherfords Ben produced 40 litters by 30 females, 36 of those litters were produced after Wrights Curs bought Ben, never producing a cull, every pup worked for the purpose used., making well above average, most outstanding. His sons and daughters have been the lead brood dogs in over 20 breeding programs around he US and in Canada, all with outstanding results.

Weatherfords Ben made his living catching bad cattle, fact. He was a dead catch dog on hogs, and the best I ever legged a hog behind myself, many other say the same, cold nose, he could and did turn cattle and hog tracks 16 plus hours old, heavy distance winder, wide deep hunt, extremely intense working dog, if a cow ran off she wore him as fast as he got there. Heavy windmill, extreme hard fast windmill, on ranker cattle he would quarterback. Extremely impressive conformation amazing speed, cat quickness and agility, heart, drive, desire, bottom , natural ability in every way, 65 pound light fawn yellow, wide, deep chest, long body and leg, good arch in his back, tight high flank.

On April 11 1998 Weatherfords Ben was inducted into the Hall of Fame, he was a World Champion on Bench, Cattle, and Hog Catch and a World Champion and Hall of Fame Producer, one of only two dogs to score a perfect working score in a working event, the second was his son both worked on cattle.

Every dog ever to win the coveted Most Versatile Dog of Show Award, and every World Champion was either owned by, bred or co-bred by, worked and trained by or owned by Wrights Curs, most all the above. It was reported in The Houma Courier in 2004 in an article about dogs being used in Nuisance Bear Control work by Louisiana Biologist that there were only ten such dogs in the entire country. In fact., Of those, half were Bred by Wrights Curs .

Wrights Curs has maintained an outstanding breeding program based on Breeding Genetically for results, improving their dogs even to this day, They have proven Genetics Dont Cost, they Pay and they Produce Results.

On April 11 1998 Randy Wright became the fourth breeder inducted into the Breeders Hall of Fame, in the Texas section. Full Cry Excerpt from Donald Cain.